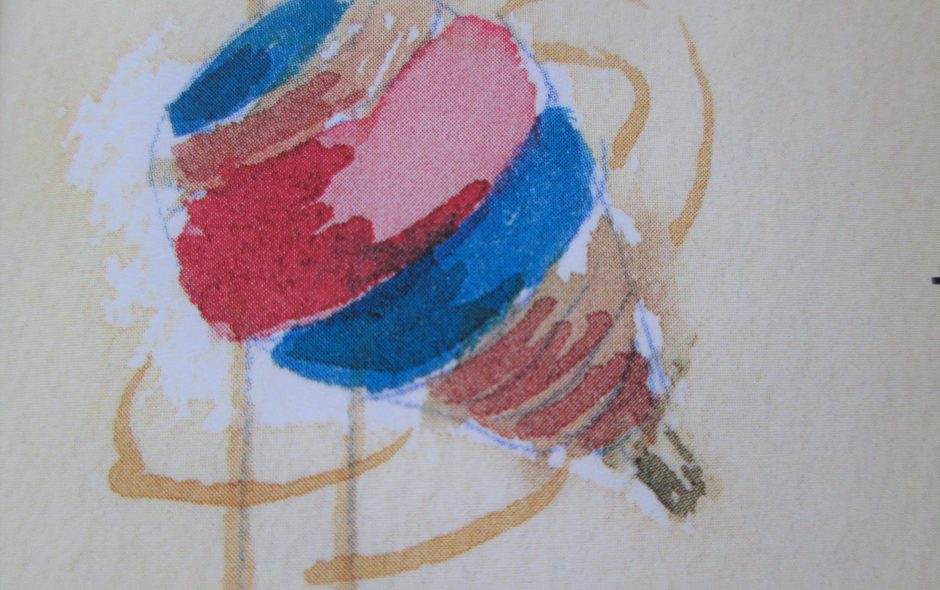 I hate making a fool of myself. It feels bad. For quite a while. I find myself re-running the incident mentally, muttering, “How dumb,” or “Good grief, why did I do that?” I heard a sermon once on learning how to say, “Oh well.” Easier said than done. I know I shouldn’t be so hard on myself. That’s why I love what my kids did for me…

My daughter and I were invited to take part in the planting of a Peace Pole in a neighboring town. Our part was a role play, and telling a true story about a spinning top, which I took out of my pocket and held up for the crowd to see. But before the program had ended, conflict broke out between two other presenters. Peace Poles don’t innoculate us against conflict, it appears. And this one was surprisingly heated, tense, and not stopping. I stepped out of the crowd and walked toward them. I had no idea what I was going to do. Suddenly I felt my hand reach into my pocket for the top. I had an inkling that I might be about to make a fool of myself, and at that very moment, I hoped my daughter would not be ashamed of me.

We talked about it the next day, my daughter and I, and my son. How the top had somehow shifted things momentarily, and the two presenters changed course. But then I confessed to the thoughts that had flitted across my mind as I had stepped out of the crowd. My daughter said, “I didn’t know what you were going to do. But I was saying, ‘Go for it, Mom. Somebody has to do something.'” I loved her matter of fact acceptance. Then my son added, “Mom, don’t ever worry about us being embarrassed because of something you do. You do what you need to do, and we’ll be okay.” Then he smiled and added, “Course, I might say, ‘Nope, that’s not my mom!'”

I loved having their okay to make a fool of myself if need be. I don’t know why it matters, but somehow they’ve made it easier for me to step out of the crowd, even when I have no idea what I’m doing. I suppose you’ve just got to do what you’ve got to do, even if you’re not sure you’ll be able to say, “Oh well.”